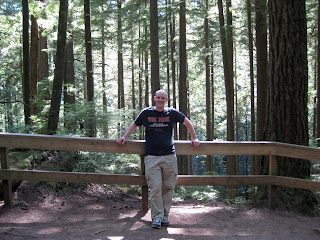 We made the mistake of letting our GPS take us to Lynn Canyon park. It took us there, but not to the main parking lot that takes you to the bridge. 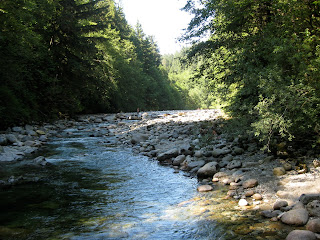 We met a guy in the parking lot, and he told us we were near the bridge and waterfalls. He said to just find a trail heading east, and we'd find it in about 20 minutes.

He was right that it was near, but he was wrong about how long it would take us. The hike was nowhere close to direct, and we were hiking for a couple of hours. At least Twin Falls was a pretty reward. 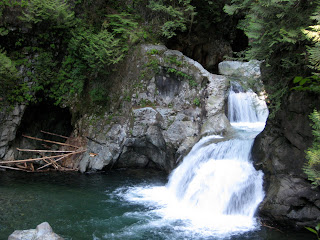 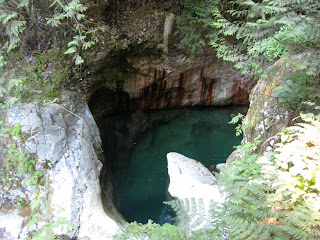 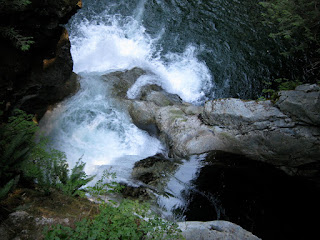 Oscar decided to climb this big trunk after the girl in front of us did it successfully. 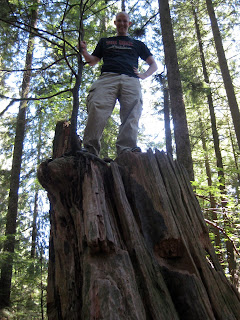 She was with another girl who looked a lot like her, and they were accompanied by this man. Does he look familiar? 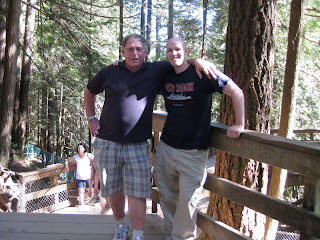 I recognized his face immediately, and said to myself "where have I seen him before?" I immediately pictured him in a general's uniform, and realized I'd asked myself before where I'd seen him before. I was having deja vu' of my deja vu'! 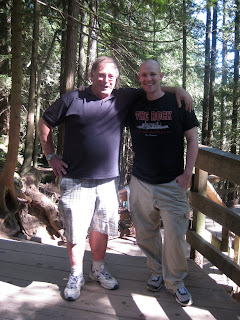 I told Oscar I thought he must be an actor, but that I couldn't think of what he'd been in. Oscar up and asked him if he was, and he told us about different shows he's done. His name is Garry Chalk, and I'd recognized him as a general in an episode of "Eureka," as well as from several Christmas specials ("Christmas Town," "Christmas on Chestnut Street," "Deck the Halls," etc.... I watch them all). He also does several voice overs, such as Optimus Prime in "Transformers." We then had ice cream with him and his friends, and he did some of his voice overs for us. It was awesome! Though Oscar's voice overs are pretty good, it was obvious why Garry gets paid to do his. 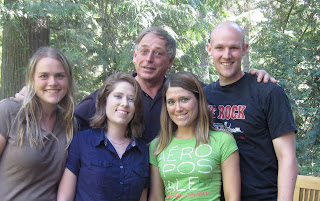 Luckily we made it to the bridge in spite of our unsure wanderings in the forest, and we were able to figure out a much easier, shorter way back. 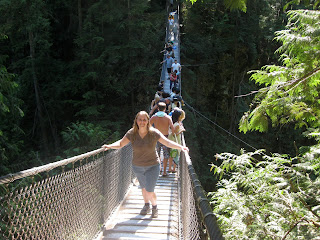 The bridge also overlooks another pretty waterfall. We didn't get a good shot of it thanks to a moving bridge being jostled by people crossing it, so it is much nicer than is featured here. 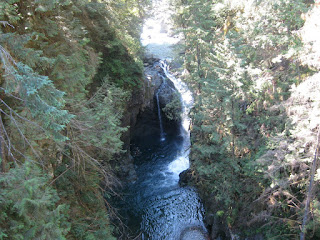 New to my blog? Try these timeline blogposts